The Chief Innovation Officer of a large financial services company was interviewing me for an article when she poised an unexpected question: “What do you learn from your children about innovation?” 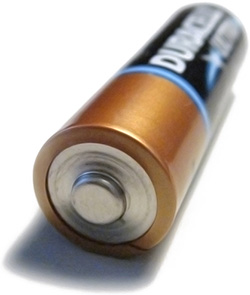 After stalling with “umm,” it hit me: warm batteries. My son has taught me to look out for warm batteries. That lesson, I believe, is the fundamental key to unlocking breakthrough ideas.

You see, we keep our batteries in the freezer because someone once told me that cold batteries last longer. So when my son’s electric train stops working, we replace its batteries with cold ones. When the flashlight is dead, cold batteries bring it back to life. When our baby’s rocker no longer rocks, you guessed it, cold batteries.

My son has figured it out. If something doesn’t work, check if it has batteries, and if the batteries are warm, replace them with cold ones.

Now, we may giggle and call it cute. The things a 4-year-old believes! But the same is true for the way the world works around us. Isn’t the process by which my son “realizes” cold batteries make the train run identical to the one we use to make sense of the world?

The scientific process is simply this process formalized: state a problem, develop a hypothesis, test the hypothesis until it becomes a theory or law. And just like my son reaching for cold batteries, this process leads us to accept any number of false beliefs.

Outthinkers, great innovators, are willing to test these beliefs and challenge what everyone else has accepted. Nearly every breakthrough company begins with challenging a false belief.

Consider: IBM: challenged the belief that there would only be demand for a few computers in the world

Dell: challenged the belief that PC buyers needed their hands held by a retailer

Southwest Airlines: challenged the belief that hubs and spokes were better than point-to-point networks

Apple: challenges the belief that the designer works for the technologist (rather than the other way around)

How many times a day do YOU reach for cold batteries in your business? What have you accepted as just the way things are? Pick one accepted belief a day that your company or industry holds, and ask, “Is this really true?” I am willing to bet in a month you will have come up with at least three industry-transforming ideas.