“When I heard I could earn a Corporate MBA online with a university as reputable as Florida International University (FIU), I jumped at the chance,” said California resident Abdelaziz “Aziz” Zakkout (CMBA ’11).

Like many others, Zakkout’s first time on campus was to attend the Corporate MBA Class of 2011 Graduation Celebration, held August 13th at the College of Business Administration. The class of 48 students was the second in the program’s history; the first class graduated in spring 2010.

“The international aspect of the program greatly appealed to me,” said Zakkout, a project manager for Global Financial and Consulting, based in La Jolla. “Why sit in class with five people from your hometown? I attended online classes with people I now know from Africa, Puerto Rico and Tennessee, among many places.”

He learned about the program when his father, Adnan Zakkout (MBA ’81), received an email describing it. Zakkout admits he originally had a negative view of online education.

“I prefer the Socratic method of learning and didn’t think much of online education,” he said. “But FIU’s online classes and discussions made it an enriching way to learn.”

A North Carolina resident saw benefits of a flexible option.

“I knew I wanted an online program for my master’s,” said Rene Arroliga (CMBA ’11, BS ’00), who moved to Raleigh, North Carolina shortly after completing his bachelor’s degree. “I was only working part-time. If I got a full-time job, I wanted to be able to continue work on my degree.”

“I worked hard, continuing my career and earning a master’s,” he said.

Arroliga found out about the new FIU program through an Internet ad.

“My friend got a master’s online at another university and so often while I was taking classes we realized how superior FIU’s program is,” he said. “His was a ‘canned program’ with a disconnect between him and his professors and peers. But with my classes, from the start, I was engaged. Remarkably, a coach telephones you on the first day of each semester to provide any assistance you need.” 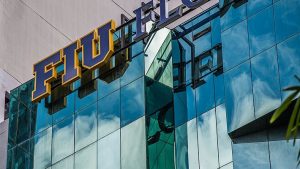 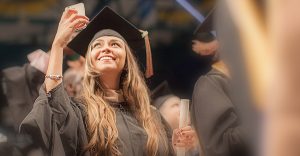 I will finish my BSC in Marketing from UCC nest semester however my love for accounts make me want to do my masters in finance I would like to be enrol in this University to pursue my academic goals.