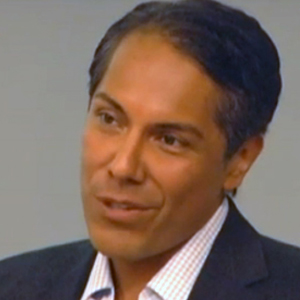 What should a physician do if a hospital administrator directs an action contrary to the doctor’s ethics? What if a healthcare provider is told to speed up patient care or instructed to let cost determine treatment?

“Since medicine is a business, business ethics play a significant role in healthcare,” said Jaime Franco, who teaches business ethics in the College of Business at Florida International University (FIU).

Franco was part of a lively, in-depth “The Business of Medicine” panel discussion on August 24, 2012 at FIU, an event organized by Michael Gillespie, director of FIU’s Center for the Humanities in an Urban Environment. The panelists tackled tough questions about care, compensation and conflict.

Franco defined ethics as “principles, norms and standards of conduct governing an individual or group,” and values as “what guides us.”

He told audience members that “An individual should pre-determine his or her values, actually write them down, so he or she knows how to react when a situation arises, to give voice to their values.”

Valverde spoke about the role doctors might be able to play in an arena in which “policy is being dictated by the large players, but we have a voice in the future.”

The panelists quickly got the audience—a group of 60 medical students, faculty, professors and people from outside the university—involved in the discussion. Attendees included John Rock, founding dean of the medical school and Eneida Roldan, former president and CEO of the Jackson Health System in Miami.

Another notable in the audience was Pedro “Joe” Greer, assistant dean of academic affairs, and chair of the medical school’s department of humanities, health and society; a MacArthur “genius”; and a recent recipient of the Congressional Medal of Freedom, the country’s highest civilian honor. 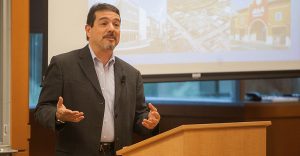