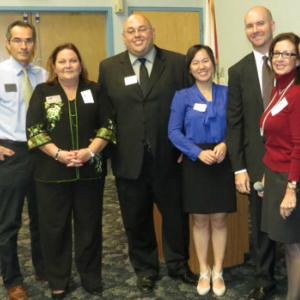 This year’s event, held on March 23rd at the Aventura Hospital and Medical Center, focused on physician leadership issues. The winners were announced during the SFHEF’s educational program on March 28th at Memorial Regional Hospital.