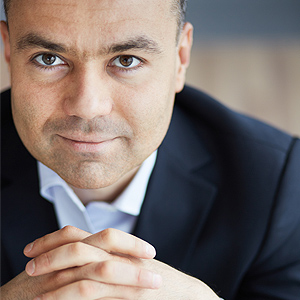 Jamie Dimon has just joined a long list of CEOs who is doing well even though their companies suffered a huge hit. The others are CEOs such as Stanley O’Neal, Charles Prince and Martin Sullivan. One year after paying $20 billion in penalties, JP Morgan Chase has just given its CEO a raise. About a year ago, JP Morgan Chase (JPMC) admitted to fault in the London Whale scheme, and has paid federal penalties of approximately $20 billion in the last year.

This poses an interesting dilemma. What would the consequences of the London Whale have been if Dimon’s bank had been owned by an entrepreneur or a family? If JPMC had been a privately held firm and paid the fine, the owner’s net worth would have fallen by the fines less any tax reductions. But my understanding is that Jamie Dimon did not pay a nickel of this. The board cut his pay, but that is not the same as paying part of the loss. And now he gets it back and more.

If the London Whale had made a $6 billion profit for JPMC, how would that profit have been distributed? Shareholders would have benefitted, but my guess is that Dimon would have received some bonus payment for showing increasing profits. So if the CEO shares a piece of the profits when they are rising, why shouldn’t he/she share in a fine? Notice that I am not even asking for repayment of previous bonuses when the company suffers a loss in any year.

So why is there a double standard? Why is this JPMC fine, and bonus, fair? Yes, the government has gained some fangs recently and it was successful in getting a penalty. But it still does not seem to have the fangs to really punish the instigators. So long as the executives get a share of the upside, and shareholders get to pay any downside, why will this new arrangement stop egregious behavior?

I checked with one of my colleagues to get his perspective. Dr. Nathan Hiller is an Associate Professor in Management at Florida International University. He specializes in leadership. His point:

“Some people might argue that because CEOs do not have full observational control and true oversight over large, dispersed, and complex organizations, it isn’t fair to hold them accountable on the downside. To this I say “phooey!” If CEOs are held accountable on the downside even a little more than they are now, they will figure out ways to monitor more closely. We, as observers, may not be able to anticipate how they might do it – but if their backside is on the line, senior leaders will be innovators in detecting and minimizing problematic behavior.”

MY TAKE: To Dr. Hiller’s comment I can only add that if Dimon gets a piece of the upside when his employees score a jackpot, he should be forced to share in the downside – not rewarded. Aren’t CEOs paid handsomely to run their companies because they are supposed to be organizational wizards who know how to run complex organizations? Otherwise why pay them the huge sums if anything that happens is uncontrolled and random. If their results are based solely on luck, why are they paid these high salaries? It they are wizards, shouldn’t they pay the fine? This will encourage them to find a way to stop unwanted behavior. The current system is “heads the CEO wins, tails the shareholders lose.” If this is the evolutionary advance in major corporations, then we are truly in trouble. If the government really wants to do something useful, it should involve management personally in any penalties. Otherwise shareholders alone pay for the misdeeds of the executives.

View all posts by Dileep Rao →