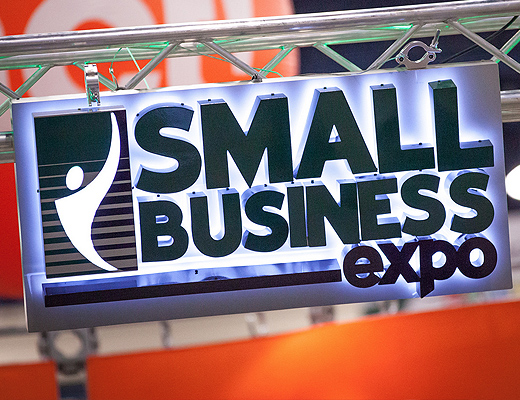 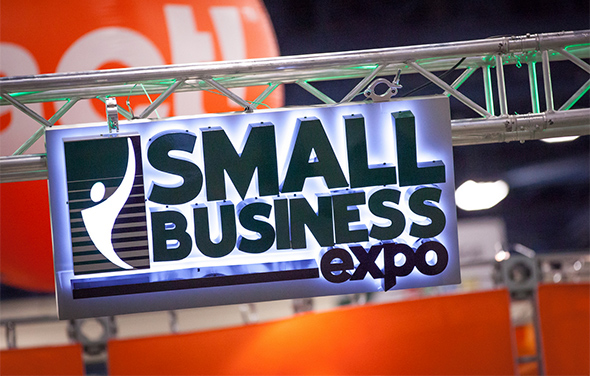 Hundreds of South Floridians came out to showcase their products and ideas before a crew of casting agents for ABC’s reality show “Shark Tank.” In all, 650 entrepreneurs ventured to the Miami Beach Convention Center for the show’s open casting, including two local entrepreneurs from the SBDC at Florida International University (FIU). 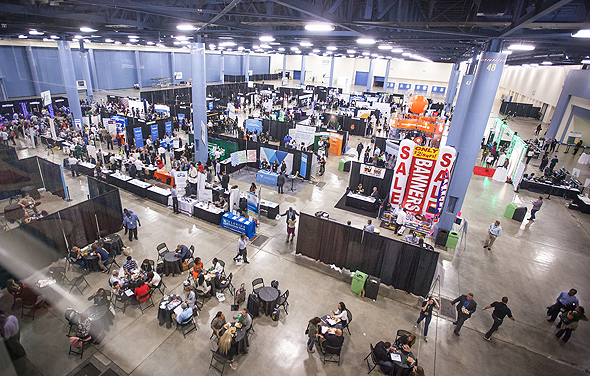 The array of products on display ranged from comforter filled pet beds and mermaid swimwear to a padded cover for shopping cart handles and bucket swing covers. Each applicant made a one-minute pitch before one of four casting experts.

Impressing the casting agents may be easy, but getting into the show is a challenge. Of the 45,000 people that have applied to be on “Shark Tank” since its 2009 debut, roughly 120 have actually appeared on the show. 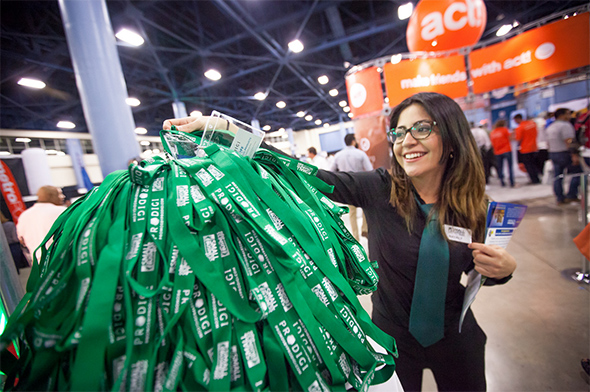 Some entrepreneurs saw quick results. Less than a week after presenting Natural Sins to the “Shark Tank” crew, CEO Andres Dominguez received an email with good news from the show’s producers: he made it to round two. Now he must submit a video selling the baked-dried fruit chips as a good fit for the show.

An FIU alumnus, Dominguez sought help from the SBDC at FIU to implement new sales and branding strategies and develop a new packaging design to make Natural Sins’ attractive to investors. He is confident that the sharks will help the healthy snack become a household name.

How would a financial investment from the sharks help Natural Sins? “We would apply it to working capital and marketing outreach,” Dominguez said.

Ricardo Weisz, the SBDC at FIU consultant who worked with Dominguez, pointed out that Natural Sins’ advancement in a pool of 650 pitches “provides a level of validation that the product is somewhat unique and that the people listening to the pitch got the message.”

Entrepreneurs showcase products and ideas in a quest for investors.

At the casting call, a shot of high-energy anxiety filled the carnival-like setting as talented, inspiring and somewhat quirky entrepreneurs recited their pitches to no one in particular, fine-tuned demonstrations, and paced among the rows of chairs trying to calm their nerves.

Another South Florida entrepreneur who worked with the SBDC at FIU to grow his business sought a chance to meet the sharks: Curveball Inc., creator of a mobile tennis ball feeder that’s worn as a backpack. 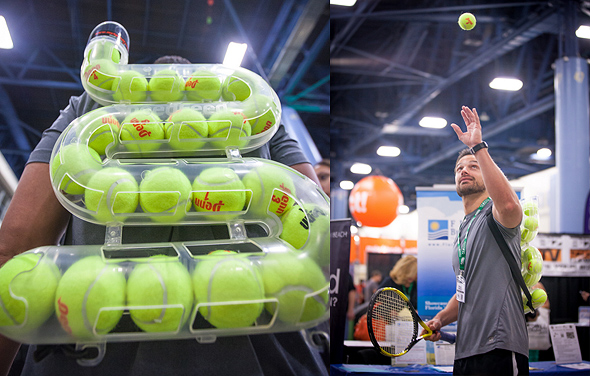 A pilot by profession, Curveball CEO Winston Reynolds turned to SBDC at FIU for assistance on putting together a business plan. Now he’s optimistic about a call-back from “Shark Tank.”

“They can put their marketing horsepower behind us and help with the financing and contacts,” said Reynolds.

Sisters Christina and Sandi Moorhead introduced La Wedge, a water resistant beach head rest with a small compartment to store valuables or double as a cooler. Sean, the casting agent who interviewed them, tried out La Wedge right on the convention center floor. 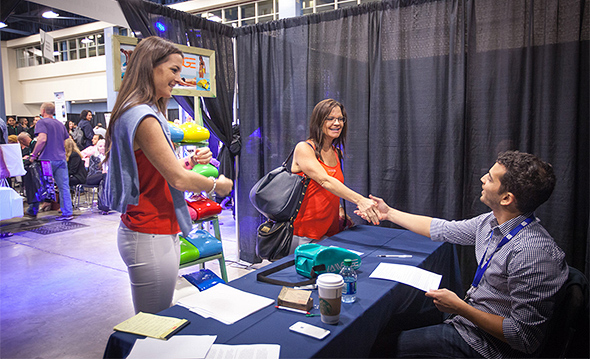 La Wedge has been on the market for three years and is available in 200 beach-side shops from New Jersey to Miami Beach. In the last month, 3,500 were sold to Sandals Resorts and the Moorheads signed a deal with Bed Bath & Beyond that will begin selling the product this week. La Wedge is also distributed in Australia and France.

Why turn to Shark Tank?

“We need the investment, but we also want their knowledge of how to get into more stores and how to develop marketing plans as well as building brand recognition,” said Christina Moorhead. “We’ve seen a lot of interest, but we need to get the product out there.”

Standing before the sharks is a real challenge.

The road to get a one-on-one with the sharks – self-made multimillionaires Mark Cuban, Barbara Corcoran, Kevin O’Leary, Lori Greiner, and Robert Herjavec – isn’t an easy one. Only those presentations deemed to be a good fit for the show will receive requests for additional information; that could take as much as 90 days.

“There’s about 20 steps before they go anywhere near the sharks,” said Salyers, adding that it could be 2016 before any of the Miami applicants see themselves on air. “I tell everyone ‘don’t wait for us, if you find an investor take it’.”

Regardless of results, the act of making a pitch before casting agents gives entrepreneurs multiple benefits, Weisz pointed out. “It forces the individual to really focus on what the most outstanding attributes of their product or idea are and convey what they’re all about in a short, concise and impactful way.”