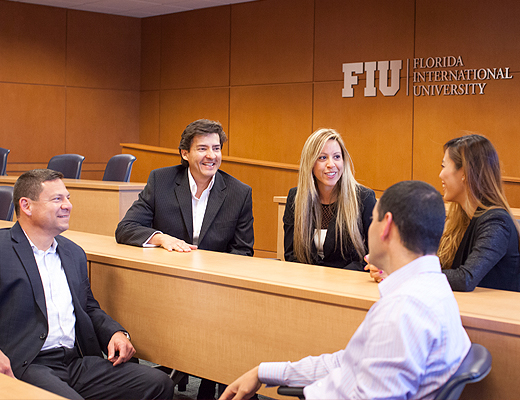 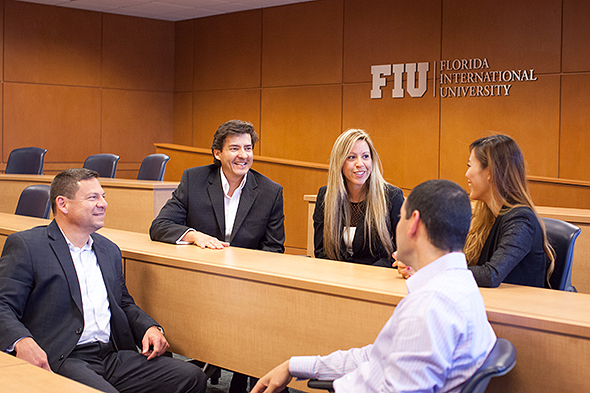 For the second time in three years, a team of graduate students from the Hollo School of Real Estate at Florida International University (FIU) captured third place in the ARGUS Software’s University Challenge. Winners of this annual case competition were announced on March 16, 2015.

“When a university team scores high one time, you might think it’s luck. But when it happens again to another team from the same university, you know it’s because the academic program is strong,” said Zhonghua Wu, associate professor who served as advisor for the team. “In the Hollo School of Real Estate, we have a culture of success in place that enables students to achieve excellence.”

The team–which came out ahead of schools such as Cornell University, Emory University, University of Chicago Booth and Arizona State University–received a $2,000 case prize for their third place finish.

After forming in January, the team spent the next month working on the case. The challenge, titled “Think Green 2015,” asked the teams to recommend a course of action for capital improvements for a fictional downtown district named Greenville, which was getting a commuter rail network. The students used ARGUS software for their analysis and recommendation.

“Becoming proficient in ARGUS software is valuable in my line of work and this competition was an excellent opportunity to increase my skills,” said Moran, a senior vice president at Florida Community Bank. “The team members found the case work to be challenging and rewarding.”

“I read the team’s recommendation for the first time after they submitted it and thought it was excellent,” said Wu, who teaches ARGUS as part of his real estate market analysis course. “I had a feeling the team would earn one of the top spots. They did a very good job.”