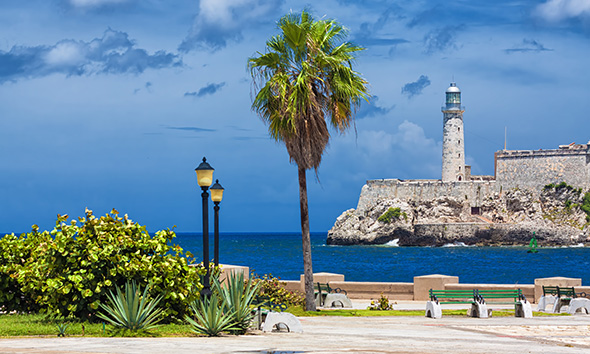 “Services” comprises the main driver of the economy of many large cities in the U.S. in terms of employment, revenue, and taxes. Be it tourism, banking and finance, real estate, technology and trade, services is the fulcrum that was, is, and always will be the engine of our economic development.

Outsourcing of simple accounting work, medical records evaluation, and call center operations are commonplace nowadays across many sectors and industries. Growing in importance, however, is outsourcing closer to home—known as “near-sourcing” or “near-shoring.” This variant is less costly (if outsourcing costs rise due to currency appreciation), culturally more compatible (e.g., Jamaica versus the Philippines), and far more efficient and effective if proximity, such as time zone constraints, is an issue.

Many U.S. companies, whether multinational or local, large or small, rely on overseas outsourcing, especially near-sourcing to contractors in the Caribbean and Central America. Since the cost, quality, and performance of outsourcing providers can vary from one year to the next, companies that utilize these services are constantly on the lookout for new, competitive vendors. Fortunately for American companies that require near-shoring services, there’s a new provider that may emerge as a major player in a year or two—Cuba.

Following the White House announcement last December 2014 easing economic sanctions on Cuba, U.S. companies immediately began positioning themselves to take advantage of commercial opportunities. As the U.S. Treasury gave permission to American companies to open accounts with Cuban banks, MasterCard became one of the first to inform its customers that it will handle their credit card transactions in Cuba. However, it was technology that was singled out by the administration as a priority area. Cisco, Oracle, AT&T, Dell and others will be taking a close look and planning accordingly for a foray into the island nation.

Kirk Laughlin, managing director of Nearshore Americas, points out that Cuba is not a typical nearshore sourcing destination, but has huge assets it brings to the table. These include proximity, whereby a New York City executive can fly to Havana in half the time it takes to fly to some Central American outsourcing hubs; an educated citizenry (99.8% literacy rate), due to the government spending three times more of its GDP in education than Mexico; and the novelty and allure of doing business in an economy previously off-limits, so to speak. Additionally, Cuba has a large IT sector with 6,000-10,000 professionals including software programmers, testers, designers and project managers.

Recognizably, there are serious limitations and downside risks involved in outsourcing to Cuba. First, the nation needs to improve its electrical grid, build out and upgrade of its wireless network, and improve IT workforce training (workers that work almost exclusively for state enterprises). Computer engineering and informatics are popular fields of study but the state does not have the capacity to absorb the local talent. Additionally, most of the connectivity is based on the X.25 protocol which is no longer adequate.

Other negatives include limited Internet access–16 of every 100 Cubans versus 40 in the Dominican Republic–a lack of IT financing, and an absence of adequate intellectual property protection.

These shortcomings will be addressed in due course, and one may expect Cuba to emerge as a viable near-sourcing locale within the next several years.

This column originally appeared in Latin Trade on April 10, 2015.