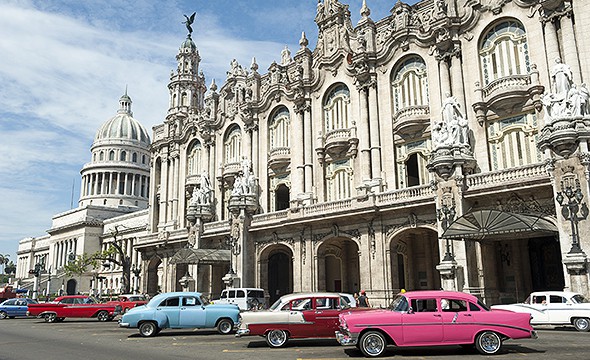 The continuing and growing chatter on doing business in Cuba is reaching epic proportions. It has become the “flavor of the month” (and will continue to be) among entrepreneurs, investors, exporters, importers, financiers and U.S. multinational companies. It is understandable. After 56 years of isolation from American commercial relations, the bilateral movement to restore diplomatic relations has created hope that normal business activity is right around the corner. Fantasies abound of a pre-revolutionary market economy where flourishing trade and investment and an explosion of tourist activity including casino gambling will rule supreme.

Time for a reality check, however. The new, the novel, the exotic, the previously forbidden fruit may appear to be the most tantalizing, but objective criteria should form the true template from which to measure all business decisions. The incremental and marginal changes in trade with Cuba are just that–they do not represent a wide open door. To date, the most profitable businesses dealing with Cuba are those that put on conferences and seminars on doing business in Cuba. And the majority of these events are seances of pure speculation, since the true experts on doing business in Cuba (those doing business in Cuba today) would not dare speak honestly and openly for fear of being harrassed (or worse) by the Cuban government.

Don’t get me wrong–I am all for doing business in and with Cuba once U.S. law is changed to permit that. I believe that the prospects for U.S.-Cuba are great, indeed. However, right now–in the here and now–American entrepreneurs and small companies, especially, need to consider what is known in economics as opportunity costs–whereby the same amount of time, energy, and money will reap a greater return elsewhere. The Dominican Republic and Panama are cases in point and solid benchmarks for comparison since they are also located in the Caribbean Basin region. In the first instance, besides agriculture similar to Cuba’s, the Dominican Republic’s non-agricultural substantial, including textiles, medical devices and footwear. The country has over 2000 manufacturing firms and hosts 112 call centers and 64 industrial parks it with 610 companies. Its tourism sector is its crown jewel, generating over $6 billion in annual income. The most-visited destination in the Caribbean, the DR attracted over 5 million tourists last year. Its first-rate tourism infrastructure comprises a welcoming and well-trained cadre of hospitality workers. Competition from Cuba will be challenging but certainly not a serious threat. A beneficiary of the DR-CAFTA trade agreement with the U.S., the nation’s $61 billion economy will expand about 6 percent this year, up from a previous forecast of 5 percent. Foreign direct investment, which will exceed $2.3 billion this year, totals over $30 billion and has grown 245% during the last decade.

As for Panama, also a signatory of a free trade agreement with the U.S., the nation is located outside the hurricane zone and poised to benefit hugely from the $5.25 billion expansion of the Panama Canal. With a currency pegged to the U.S. dollar, the country is a bustling hub for trade and logistics, real estate, finance and banking as well as business processing (outsourcing, call center operations), and sports an exciting nightlife, casinos, beaches, and ecotourism and indigenous culture. Attracting over $5 billion in U.S. FDI, Panama’s pro-business environment has lured scores to establish regional headquarters there, including Johnson & Johnson, Caterpillar Inc. and Procter & Gamble Co. Panama ranks #38 out of 189 countries by the World Bank for ease of starting and business, #17 or accessing credit, and #9 for trading across borders.

Among the key prerequisites for traders and investors are a stable environment characterized by the rule of law, a transparent and efficient legal and administrative system, access to credit, respect for contracts and property rights, dispute settlement mechanisms and customers with buying power. Cuba comes up short on all of these. The DR and Panama combined are one-third larger than Cuba; and whereas the average monthly wage in Cuba is $20, it is $363 in the DR and $541 in Panama.

Cuba is a long-term play, much like investing in an empty lot in a neighborhood in transition versus opening a luxury retail store today in a high-end shopping center. Big companies and investor groups with billions in assets can afford to invest in Cuba now for the future; for all others, there are more immediate opportunities elsewhere.

This column originally appeared in Latin Trade on May 26, 2015.