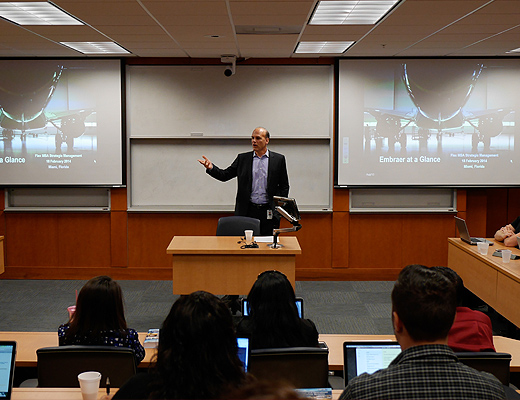 Kenneth Henry (PhD Business Administration ’08, MAAC ’94), clinical associate professor, was the subject of an article entitled “The Virtual Professor” which appeared in a 2015 special supplement of Accounting and Business, a magazine from the ACCA (Association of Chartered Certified Accountants).

Miriam Weismann, clinical professor and academic director of the Healthcare MBA program, contributed to an article by Michael Sandler entitled “Lessons on new pay models required for doc-exec MBAs,” published on Modern Healthcare’s website on May 9, 2015.

Min Chen, assistant professor, has had her article entitled “The Affordable Care Act: Opportunities and Challenges for Physicians” accepted for publication in Journal of Craniofacial Surgery.

Shahid S. Hamid, department chair, professor and faculty director of the Master of Science in Finance Program, received two 2015-15 grants for about $2.33 million from the State of Florida, to update the Florida Public Hurricane Loss Model and continue development of models for estimating losses from coastal storm surge and inland flooding.

John Zdanowicz, professor, was a co-presenter of “The Impact of Trade-Based Money Laundering and Other Transfer Pricing Violations on State Corporate Tax Receipts” at the Biennial Conference of the Public Management Research Association, held at the Humphrey School of Public Affairs in Minneapolis, Minnesota, June 10 – 13, 2015.

Jerry Haar, professor, has been appointed as a research affiliate of Harvard University’s David Rockefeller Center for Latin American Studies. Haar will periodically work on research focusing on innovation and competitiveness in Latin America and publish a series of working papers on the topic. In addition, Haar’s article “Doing Business in Cuba: Don’t Forget Opportunity Costs” appeared in the May 26, 2015 edition of LatinTrade.

Nathan J. Hiller, associate professor, taught in the Young African Leaders program, part of the Mandela Washington Fellowship, at the FIU campus during the week of June 30, 2015. He also led programs for principals and teacher-leaders and conducted a half-day session for Hewlett Packard at the FIU Center for Leadership.

An article co-authored by Sam Paustian-Underdahl, assistant professor, entitled “A dialectical perspective on burnout and engagement,” has been accepted for publication in the journal Burnout Research.

David Ralston, professor, was inducted as a Fellow of the Academy of International Business at their meeting in Bangalore, India, June 27-30.

Dileep Rao, clinical professor, was quoted in The Wall Street Journal, in an article entitled “At Chobani, Rocky Road From Startup Status” by Annie Gasparro which appeared May 17, 2015.

Juan I. Sanchez, professor and Knight Ridder Byron Harless Eminent Scholar Chair in Management, was acknowledged by the U.S. State Department for participating in the annual meeting of the Board of Examiners for the Foreign Service on February 27, 2015. Sanchez was appointed to the Board in 2010 and continues serving to date.