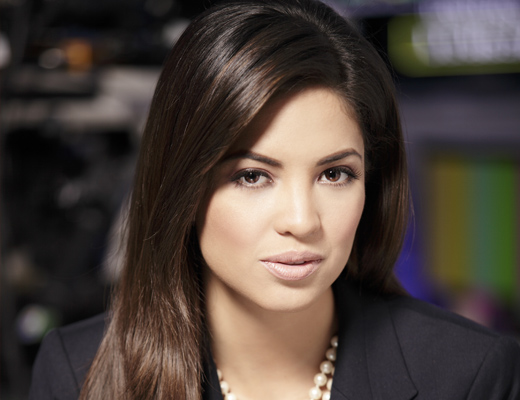 Pamela Silva Conde speaks to millions every day from the set of “Primer Impacto,” and through her philanthropic efforts, primarily with children and college students, she’s speaking for those that many times don’t have a voice. Pamela will receive the Young Alumnus Award at FIU College of Business’ 2015 Hall of Fame.

Conde graduated with honors from FIU with a degree in Broadcast Journalism and in 2012 received a Master’s Degree in Business Administration (MBA). She remains closely tied to FIU and two years ago established the “Pamela Silva Conde Scholarship,” which awards tuition assistance to first-generation, low-income college students.

She has already awarded six scholarships to FIU students, with the hope of opening new doors of opportunity for them. Creating the scholarship was important to Conde because of her own experiences as a college student. Born in Lima, Peru, Conde and her family moved to Miami when she was 10 and became the first in her family to attend college.

“One of the most important lessons that FIU has granted me is that you never really stop learning,” said Conde. “It goes beyond the actual content that you’re learning and how you apply that to your everyday life. It’s more about how you learn to think critically and how to apply that to your profession.”

The Hall of Fame inductees share a common denominator: their first steps into the business world, the ones that put them on the road to success, were taken at FIU and the College of Business.

They’re honored for having achieved distinction as founders and builders of new business enterprises as well as those who have distinguished themselves at the local, national or global level.

The 2015 inductees will be recognized at the College of Business’ signature event, the Hall of Fame Awards Ceremony, on October 29.

In her own words: