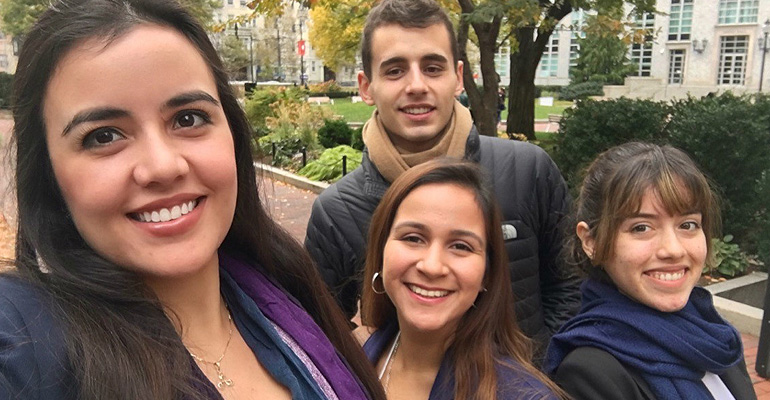 We’re all in the Honors International Business Seminar course taught by Dr. David Wernick, where we analyze and discuss global business-related issues and how we can apply our knowledge to find solutions. The team was selected after an extensive try-out session. 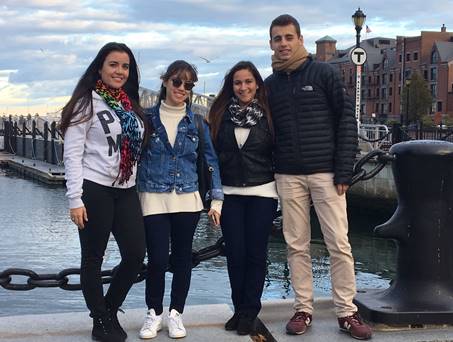 We arrived in Boston on Thursday, November 3, and received our competition packet. One thing was clear: no submissions would be accepted after 9 p.m. on Friday, November 4. We had exactly 24 hours to study the case, form a solution and write a 15-minute PowerPoint presentation, which we presented to a panel of judges.

We weren’t worried because we planned to start early. Little did we know we’d spend 10 hours huddled around our laptops, working to narrowly meet the deadline.

The Harvard Business case revolved around Unilever. It was roughly 40 pages, crammed with information about Unilever’s history, successful and failed business ventures, and current challenges. The assignment: advise the CEO of Unilever and executive director of soap company Life Buoy in Asia on how to drive sales of their soap among low income consumers in India.

My teammates and I read the case individually and discussed it the following morning. Two hours and a couple of cups of coffee later, I realized this case was more complex than it appeared. The question we had to address was actually three-fold, involving multiple management levels at Unilever in Asia.

After an all-American breakfast at Thornton’s, we went to our nearest Starbucks, grabbed more coffee, and sat down to work mapping out the case.

Although there are more potential customers in rural India, reaching them is increasingly expensive, so Life Buoy focuses on highly competitive urban markets. They must also adhere to government-mandated hygiene education guidelines, which were an additional cost. Finally, the company had introduced a new version of its soap, liquid instead of the traditional bar, which brought in substantially more revenue, but was being sold only in urban markets.

The competition packet outlined three proposals given to the executives. We had to analyze each one, approve or reject it, and explain it in our presentation. Each proposal was balanced, offering obvious benefits and drawbacks. Analyzing them and determining our position took a couple of hours; we didn’t want to rush the debate on issues and financial consequences.

Finally, around lunch time, we began work on our individual proposals. I suggested a hybrid plan, combining two proposals from the packet and enhancing them with our own ideas. One proposal targeted the large rural population, but selling only soap bars made it less profitable. The second sold the liquid soap in urban markets, but high competition kept sales low.

How, my teammates asked, could rural customers afford the more expensive liquid soap? Through my individual research, I discovered studies indicating that the income of India’s rural population is increasing.

We agreed on the hybrid plan and began drafting the presentation. When the clock reached 5 p.m., I finally took my lunch break. Sitting among Starbucks cake pop wrappers (not exactly “power food” but I had to treat myself), I added my research to the PowerPoint my teammates prepared.

The deadline neared. At 8:30 p.m., we still had to add notes to the PowerPoint slides. Finally, at 8:49 p.m., we watched as one teammate clicked “send”. We breathed a sigh of relief and could finally relax. After celebrating at a sushi restaurant, we began practicing for the in-person presentation at 10:30 p.m.

We thought presentation practice would take an hour, two tops. But between feedback and discussing important details, we finally went to sleep at 4 a.m.

Four hours later, on Saturday morning, we were at Northeastern and ready to present. We squeezed in a few practice runs and came in at 12 minutes, just under the 15 minutes allotted. 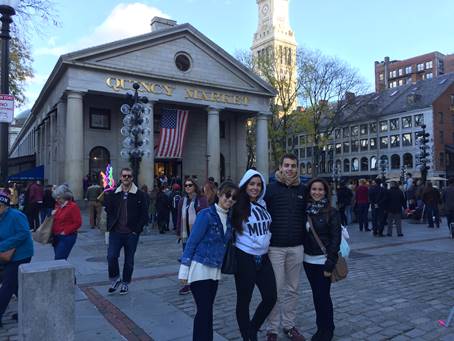 I was the last from Team Mango to present and the time keeper held up the one-minute sign while my teammate was still speaking. Could I make it? I had to improvise and summarize some points, but I was able to fit my final remarks in. After the presentation, we answered questions from the judges. They gave us positive feedback on our hard work and preparation as well as our creative solution.

Although we didn’t make it to the final round (Villanova University School of Business won the competition) it was a worthwhile and rewarding experience.

Overall, participating in the CUIBE competition allowed me to utilize my business skills in a stimulating environment while sharing an enjoyable and academically engaging experience with my teammates.

Andrea Diaz-Ariza is a College of Business student in the International Business Honors program. She will graduate in 2018.

View all posts by Andrea Diaz-Ariza →