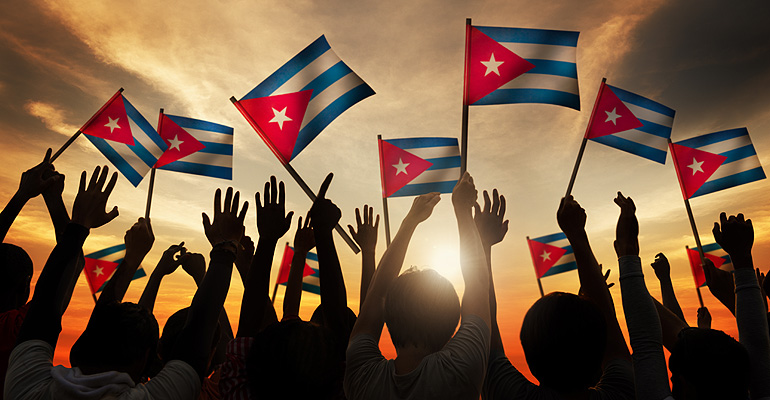 Fidel Castro’s death has sparked a torrent of questions, including whether President-elect Donald Trump will break with President Barack Obama’s Cuba policy. Mr. Trump tweeted Monday that “If Cuba is unwilling to make a better deal for the Cuban people, the Cuban/American people and the U.S. as a whole, I will terminate deal.” For all of the unknowns, a few things about Cuba’s future appear clear, including that economic changes are likely to be incremental and have modest effects; lifting the trade embargo would have only marginal financial effects on the Cuban people; and economic liberalization is unlikely to bring political change to Cuba.

Cuba, desperate to cut its budget since it is no longer getting economic aid from Russia and Venezuela, has made a number of changes in recent years. It shifted about 600,000 state employees into private employment between 2009 and 2015. Self-employment has risen, with the government opening more than 200 occupations to small-business entrepreneurs, such as hairdressers and restaurant owners, in the past decade. Cuba has also legalized personal cellphone service, the private sale of cars and homes, and room rentals in platforms such as Airbnb. These and other efforts, however, have not liberalized Cuba’s economy. A 2014 law designed to attract foreign investment has more barriers than incentives: Firms must guarantee foreign markets, privatization of state companies is prohibited, foreign ownership of sugar and tobacco is banned, and workers must still be hired by a state agency. Discontent may have been quieted by some of these steps, but the state is still firmly in control.

The U.S. trade embargo was relaxed by the Trade Sanctions Reform and Export Enhancement Act in 2000 but remains in force despite President Obama’s much-reported outreach. Lifting it might have great symbolic value, but it would unleash little economic force. The average monthly salary in Cuba is $25–not a lot of buying power by U.S. standards. And Mr. Trump has said that the embargo will not be lifted until the Cuban people have religious and political freedom and political prisoners are freed.

In the meantime, suppose an entrepreneurial Cuban wants to do business with a relative in the U.S. Among the challenges would be control of the supply chain and distribution: U.S. manufacturers and wholesalers could not ship directly to distributors and retail stores owned and operated by private citizens; Cuba’s military controls the distribution channels. Lifting the embargo might postpone a transition to democracy, as the military and security apparatus are likely to become more entrenched middlemen, wealthier, and more tenacious in support of the regime. U.S. exporters stand to benefit if the embargo is lifted, but this would make U.S. imported goods merely technically accessible, not affordable, for ordinary Cubans.

Nor is economic liberalization likely to result in positive political change in Cuba. Globally, economic openings and the embrace of free-market capitalism have not resulted in authoritarian regimes—especially communist ones—transforming into political democracies. Communist Romania and Yugoslavia had more liberal trade relations with the West than did other Soviet satellite nations but political repression was the rule of the day. Although China and Vietnam have mixed economies–with a good deal of private enterprise and thriving trade relations—their authoritarian regimes have not taken steps toward democratization. They enjoy complete control in the political realm as well as growth, development and opportunity in the economic domain.

U.S. companies may be eager to do business with Cuba (providing the Export-Import Bank and other U.S. government entities guarantee the payment risk, but Cuba is still a country with a relatively small population–just half the size of Sao Paulo, Brazil–and one where foreign executives have been jailed and their assets confiscated. Businesses want to operate in a stable environment characterized by the rule of law, a transparent and efficient legal and administrative system, access to credit, respect for contracts and property rights, dispute settlement mechanisms, and customers with buying power.

That’s not Cuba today–nor is it likely to be anytime soon.

Jerry Haar is a public policy fellow at the Woodrow Wilson International Center for Scholars in Washington and a professor of management and international business at Florida International University.

This column originally appeared on The Wall Street Journal on November 29, 2016.