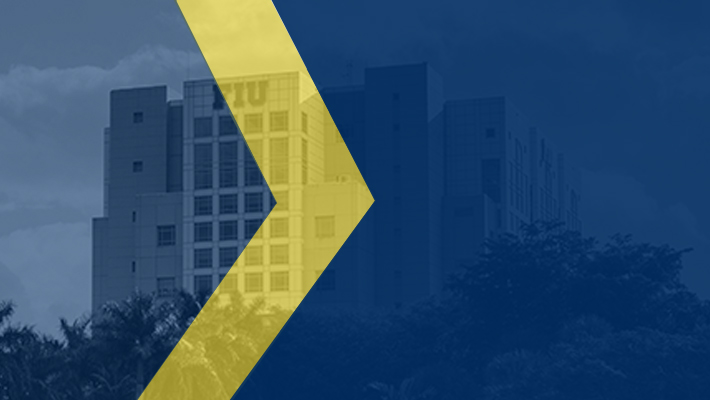 Florida International University’s College of Business marked its second consecutive appearance on the University of Texas at Dallas’ Top 100 Business School Research Rankings for North America, one of the nation’s key barometers of top faculty research.

Appearing on the list of business faculties that publish most frequently in the nation’s top journals is considered a prime accomplishment in itself. Yet FIU’s 2017 achievement goes even further, rising in rank by 9 points to #91, one of a handful of schools to register significant gains.

“As a university designated as Carnegie R1: Highest Research Activity, FIU is focused on using state-of-the-art research to drive solutions for our community,” said Provost and Executive Vice President Kenneth G. Furton. “The College of Business’ presence on the UT Dallas list is further evidence of our commitment to producing cutting edge business research that will drive economic growth for our region.” 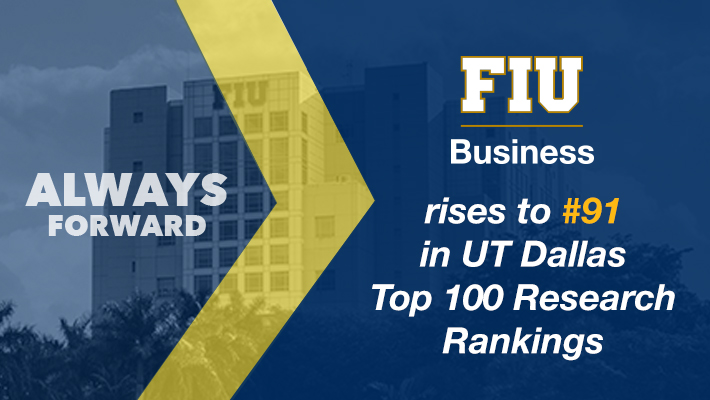 The 2017 standings are based on articles published in 24 peer-reviewed journals in the five-year period of 2012 to 2016. FIU faculty members published and collaborated on 30 articles in those journals during that period.

“Rising nine spots on this list of competitive research universities is an extraordinary achievement,” said Jose M. Aldrich, acting dean of the College of Business. “This is an affirmation of our faculty’s ongoing commitment to expanding its research excellence.”

The UT Dallas’ Naveen Jindal School of Management’s database tracks publications in 24 leading business journals. The database contains titles and author affiliations of papers published in these journals since 1990. The information in the database is used to provide the top 100 business school rankings since 1990 based on the total contributions of faculty.