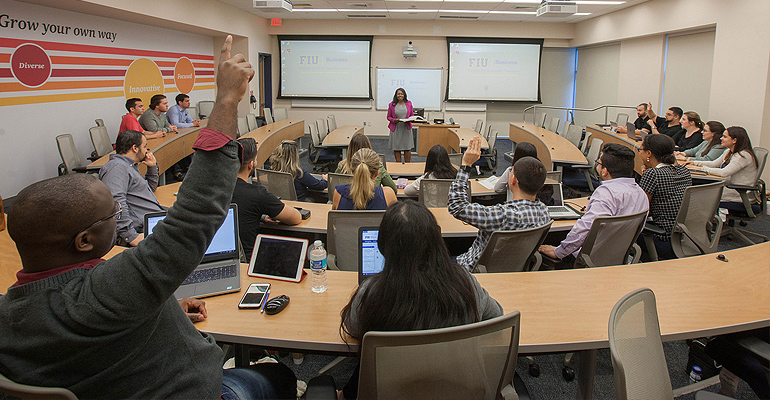 Nevin Shapiro, who once owned a legitimate wholesale grocery distribution business, chose to make money an easier way: by defrauding investors and cooking the books. It meant a 20-year prison sentence for the former Miami Beach resident. Yet for students in Associate Professor Antoinette Smith’s introductory class in forensic accounting, Shapiro’s crime served as an instructive example of how schemes are perpetrated and how perpetrators are caught.

Shapiro’s rise and fall was just one of the cases examined by the 20 students in the first cohort of the School of Accounting’s newly launched forensic accounting track, which joins assurance and tax as a specialty for those working on their master’s in accounting at Florida International University’s College of Business. On the last day of the course, teams of students were presenting their case studies, including that of Shapiro.

“Our team, which we called ‘Breaking Fraud,’ chose to focus our presentation on Ponzi schemes,” said Carolyn Nguyen, part of the group that investigated the Shapiro affair. “We wanted to pick a case that was local and current and the Nevin Shapiro case hit close to home.” 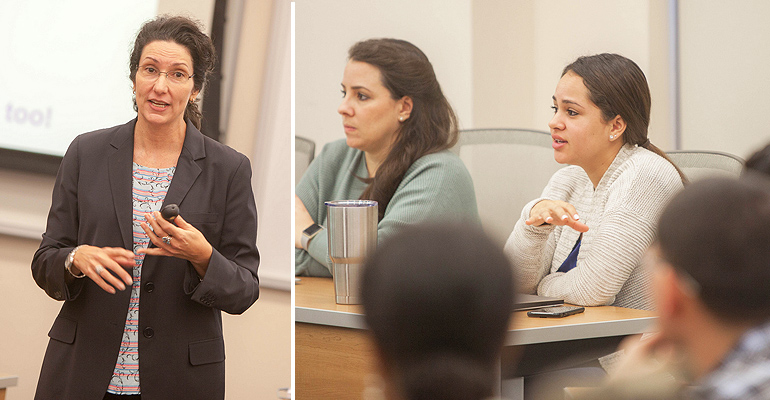 Nguyen, who will start as an auditor at PricewaterhouseCoopers in the fall, said she’s always been interested in forensic accounting. “Something about uncovering fraud excites and motives me,” she said. “During my audit class in undergrad, I found myself reading all the fraud cases from the textbook and telling my friends about it.”

That enthusiasm did not surprise Smith, whose background includes a stint as senior auditor and fraud detector at the U.S. Air Force Audit Agency. Smith, who lead the academic committee that put together the forensic accounting track, knew the specialty was a perfect fit for the university, and for South Florida.

“It’s an area that has always fascinated me,” she said. “As a practitioner, I served the people by catching someone doing wrong. As a professor, I am educating future forensic accountants and fraud investigators.”

It’s news to almost no one that South Florida tends to be ground zero for all kinds of underhanded schemes, ranging from identity theft, Medicaid fraud and financial crimes to tax evasions, Ponzi schemes, bankruptcy fraud and even matrimonial fraud. It’s a good bet that area employers will find the specialty attractive.

And, said Smith, FIU students have advantages; many are bilingual, or even trilingual, tend to be young, and are eager learners.

The students did more than study cases (which ranged from contemporary fraudsters like Scott Rothstein, to old-time gangsters like Al Capone, who was brought down on tax evasion charges, a not uncommon way to catch criminals). The class had a galaxy of guest speakers, from FBI special agents to accountants working in the field. One especially notable guest speaker was Kelly R. Jackson, special agent in charge in the IRS’s Criminal Investigation division.

The group of forensic accounting students will take five specialty classes overall. The next one will be taught by Clinical Associate Professor Kenneth Henry. He is almost guaranteed an enthusiastic class, ready to take the next step.

“I hope one day to become a partner at a public accounting firm,” said student David Wilson, who works for the city of Pembroke Pines while attending school. It’s key, he said to have people who know how to apply checks and balances. “The big thing is that people in power may tend to abuse it.”