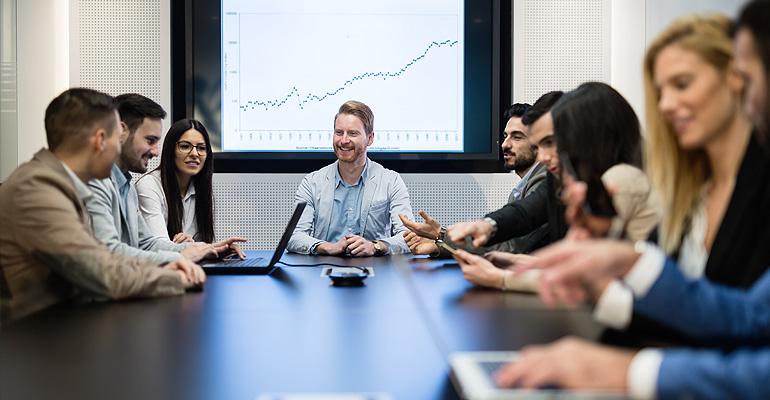 When queried at a 1909 business meeting about the choice of colors available for his automobiles, Henry Ford replied that customers could have any color they wanted as long as it is black. Fast forward to the late 20th and early 21st centuries and consumers today are now in the driver’s seat (no pun intended). Publications such as Consumer Reports, CNET, and a myriad of other independent professional and consumer reviews of goods and services empower buyers, dictating to producers the style, features, and price ranges that consumers seek.

The technological revolution has also given the ordinary citizen tools to influence almost directly and instantaneously the stock value of a company. Investors have suddenly awakened in a world where capital begin to address those companies that understand the importance of being good “corporate citizens.”

Being a good “corporate citizen” implies not only acting in accordance with the legal, ethical and economic norms established by the shareholders, but also acting responsibly towards consumers, employees, society in general and the environment. It also entails incorporating good governance practices that allow investors to accurately assess the financial future of the company and to transparently visualize its main risks.

However, consumers increasingly view the private sector as a major agent responsible for the deterioration of the environment. According to the UN’s Food and Agricultural Organization, commercial agriculture has been responsible for 70 percent of deforestation in Latin America in the last decade, and in many countries the mining industry is deemed responsible for water pollution and diminished access to potable water for lower income populations in both rural and urban areas. This crisis of resources is especially noticeable in cities. Although cities today barely cover 2 percent of the world’s land surface, they consume 78 percent of the energy produced globally and generate 60 percent of all carbon emissions, according to the Brookings Institution’s Leveraging Cities study.

It is not surprising that the economic power of the private sector, as well as the global urgency to restore natural resources, has brought about a major change in consumers, many of them Millennials and women who prefer products and services from companies that demonstrate positive impacts on the environment and the society. This great market force has begun to be reflected in the financial system, as well. Many economic and finance researchers, in particularly Boston University’s Caroline Flammer, have demonstrated empirically that companies that are socially responsible produce above-average financial returns and that this is reflected in the firm’s’ stock price.

In today’s globalized world, companies are increasingly vulnerable to public opinion and are more exposed to reputational risks. Unilever, for example, suspended the purchase of palm oil from one of its main suppliers in Asia because it found that the firm violated its palm oil purchasing policies. Companies such as CEMEX, Embraer, PepsiCo, Microsoft, UPS, SAP, and BBVA, to name but a few, are broadening their CSR activities throughout the region. Moreover, they are supporting knowledge acquisition in sustainability by their managers, particularly their young, high potentials. In response, university business schools in the Americas are incorporating sustainability in their MBA programs. FIU, for example, in cooperation with the Inter-American Development Bank, is launching an Impact MBA in which sustainability is woven throughout the MBA curriculum. This new Latin America-oriented bilingual graduate program is offered online with 6 in-country residencies and draws on practitioners as well as academic faculty with sustainability experience.

Mobilizing support from the private sector to attract financial resources for initiatives that will create a positive impact on society and the environment is always a daunting challenge. However, the good news is that companies and investors are increasingly aware that such commitments generate not only intrinsic returns–such as impacts on reputation–but financial ones for the firm, as well. Both national and multinational firms operating in Latin America are coming to regard the triple bottom line not as a choice but as a necessity in their business operations.

Jerry Haar is a business professor at Florida International University and a Global Fellow at the Woodrow Wilson International Center for Scholars in Washington. He is also a research affiliate of the David Rockefeller Center of Latin American Studies at Harvard University. View all articles by Jerry Haar.

Victoria Galeano is the founder and CEO of PRISSMA, a financial and sustainability advisory services company.

This column originally appeared in Latin Trade magazine on August 15, 2017