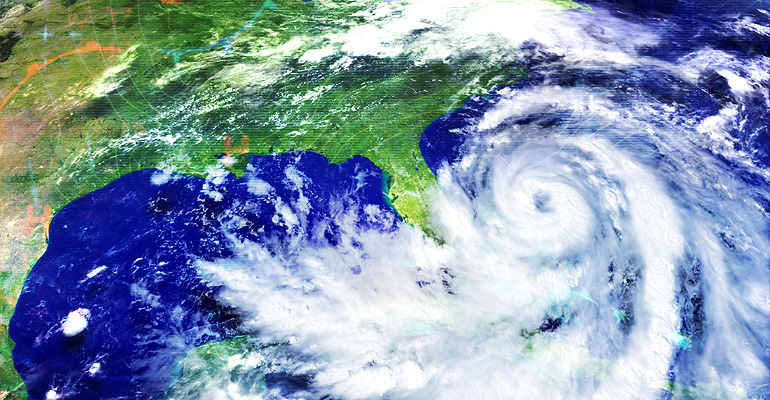 Understanding the financial and insurance impact of the destructive power of hurricane on buildings and their insurers is the rare specialty of Professor Shahid S. Hamid. He not only chairs the Department of Finance in FIU’s College of Business, but is also director of the Laboratory for Insurance, Financial and Economic Research, located in the International Hurricane Research Center (IHRC) at FIU.

Over the last decade, the State of Florida has looked to the work of Hamid and his team as the benchmark when it comes to evaluating financial risks faced by insurance companies that write windstorm policies, and, in turn, set the premiums paid by their customers.

In May, Florida again demonstrated its faith in the work of Hamid and his team, recertifying their model for the next two years.

“It’s not an easy thing to get certified,” said Hamid, noting that only four or five other models have managed to obtain the state’s blessing.

Along with the recertification, which lasts two years, there was good news in state’s 2017-2018 budget: a grant of $960,000, which pays Hamid’s team not only to update and run the existing hurricane wind model, but for continuing work on a separate $5.6 million flood risk and loss model, as governments hope to supplement the National Flood Insurance program with private ones.

“We will have a prototype for the flood model ready by the end of the year,” Hamid said.

The grant and recertification, which came only after an exhaustive review and a trip to Tallahassee for a presentation before the Florida Commission on Hurricane Loss Projection Methodology, is the latest chapter in work that has been ongoing since 2001. That was when Dr. Hamid and his team won a competitive bid to take on a new project: figuring out projected hurricane losses.

The shadow of Andrew.

Insurance rates skyrocketed in the wake of 1992’s Hurricane Andrew – whose insured losses were $16 billion rather than the insurance industry’s projected $82 million. Still, no one had a good way to predict possible damages because the data was not there.

Methods used to set, for example, auto insurance rates rely on massive data stores gleaned from hundreds of thousands of accidents, from which future losses can be extrapolated. Unlikely scenarios – think an elephant stomping a Volkswagen – are so rare, companies need not keep high reserves to guard against such losses. These outliers have come to be known as black swans. And every single hurricane is a black swan.

To build the models, Hamid corralled experts in meteorology, storm surge, hydrology, engineering, finance and actuarial science, computer science and statistics from FIU and from other universities and the National Oceanic and Atmospheric Administration, though about 40 percent of the work is done at FIU.

The teams collated information from a group of disciplines: insurance exposure and claims data, county tax appraiser data, historical hurricane data such as wind speed, storm surge and storm velocity; terrain and topography data; flood data; and, millions of bits of building data from across the state, from construction material to the variations in roof shape (flat, hip, gable). “Some combinations do much better than others,” Hamid explained. They then built cutting edge wind and storm surge and flood hazard models to estimate the wind and flood risk; engineering models to determine how the houses will be damaged from wind and flood; computer software to run the models; and financial and actuarial models to estimate how much it will cost to rebuild and how much the insurance companies will have to pay out, keep in reserve, and reinsure. Professor Hamid was the principal developer of the financial and actuarial models.

Aggregating data from 80 recorded hurricanes from the past 115 years with the construction and other information yielded a growing number of possible scenarios. By 2015, the team had also developed over 4,500 engineering damage functions for buildings with different combinations of features.

In the two years since, the team recalibrated those combinations, while adding several thousand more as they incorporated information from FIU’s Wall of Wind experimental facility at the College of Engineering and Computing and new meteorological data.

Their new models also incorporate information on the effect of water damage at different wind speeds. “In many cases we have found that the structure from the outside may look good and be standing OK, but the inside must be gutted because of water damage,” Hamid said.

The model has been used more than 1,000 times by Florida Office of Insurance Regulation and by insurance companies to evaluate insurance company rate filings for setting premiums, to assess hurricane risk to building, and help determine premium discounts and credit for mitigation, Hamid said. The model is also used by the State to conduct stress test on about 70 insurance companies annually.

What people may not know is that the work at FIU to forecast what a hurricane might wreak impacts the lives of all Floridians, from the kind of construction materials and codes in use, to insurance premiums.

“Most of the citizens are affected,” Hamid said. “It is helping a lot of people. In that way, we are having a lot of impact.”