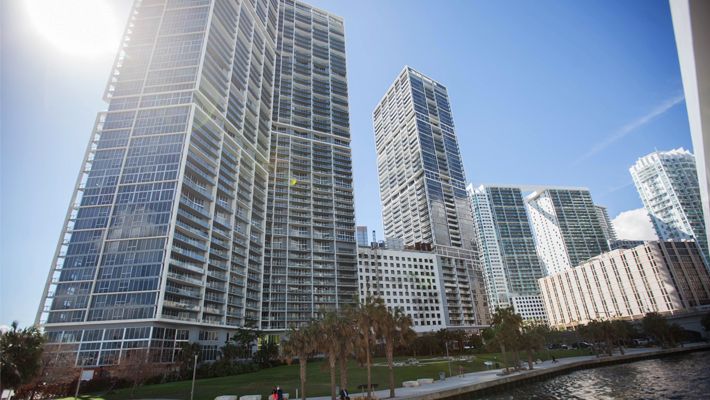 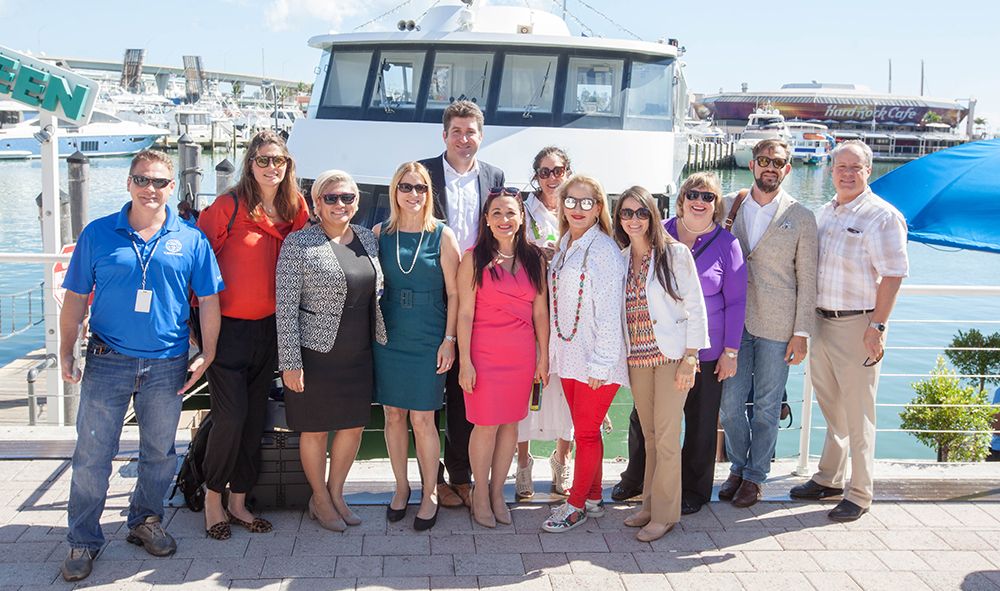 “Get to know the person next to you. He or she could be the next person you get a job with, or do a deal with.”

That’s what Suzanne Hollander, an attorney and real estate broker who teaches at the College of Business, told 150 students from FIU’s Hollo School of Real Estate as the Island Queen, transformed into a “floating classroom,” departed from the Bayside Marketplace dock on November 3, 2017.

As they headed down the river, Miami’s storied “highway between the Everglades and the Atlantic Ocean,” Hollander instructed students to “put your property eyes on” as they observed the evolving, varied history – sleek high-rises worth $100 million or more next to commercial properties, industrial marinas and yacht repair businesses, historically designated neighborhood Spring Garden, affordable housing, and public green spaces.

Hollander encouraged students to learn the different zoning codes along the river. “Before every boom and bust, there was the Miami River,” Hollander said, quoting a 2015 Miami Herald article. “Look at these properties in a different way as you hear the stories.”

The tour took place almost exactly a year after the opening of Swire’s $1.05 billion Brickell City Centre, a 4.9-million-square-foot luxury shopping and mixed-use center that covers three city blocks and is visible from the river. The project has been a catalyst for development in the trendy Brickell neighborhood. Its open-air, hurricane-resistant design is a nod to the future of Miami, said Maile Aguila, Swire senior vice president of sales.

Brickell City Centre “is a game-changer in the current real-estate cycle,” Bibeau said. “Swire and Related are visionary, looking at development from a long-term perspective.”

He said the river’s real estate property value arc can be traced from Swire’s 2011 purchase of the City Centre parcel for $41 million, to an Argentine developer’s 2014 purchase of land at the mouth of the river for $125 million; it will hold the dramatic, 66-story Aston Martin Residences.

Ben Gerber, vice president of finance for Related Group, said the developer led the new downtown urbanism movement in 2005 with its first high-rise residential project on the river, the 45-story One Miami. “But Related’s founder, Jorge Perez, actually started in affordable housing,” he said, pointing out their development, slated for expansion. In 2013, Related bought the 444 Brickell office building, which houses Capital Grille, for $104 million, and will build the three-tower One Brickell, designed by Pelli Clarke Pelli and Arquitectonica. Its aim is to be pedestrian-friendly and “connect the waterfront,” Gerber said. “We believe in respecting the environment.”

Since 2000, 55 residential buildings have been built or approved for construction on the river. “But there’s still a lot of working river front and public green space, like Jose Marti Park, and a commitment to keep it open,” said Luciana Gonzalez, assistant director at the City of Miami Planning and Zoning Department. “The Miami River SAP (Special Area Plan), a public-private partnership with the city and Related, will maintain industrial space and upgrade the park to improve quality of life for residents.”

Alyce Robertson, of the DDA, noted the area’s property tax roll has nearly doubled since 2010, from $9.8 billion to $18.8 billion. “The recession’s low rents brought the 38-40 demographic to the area,” she said. “Now they come because the DDA has created more livability, walkability, and added events like Art Days.”

Advice: “Make your mark on the city.”

As the tour ended, Wendy Hernandez, alumna and capital markets financial analyst at Transwestern real estate firm, encouraged those who weren’t FIU real estate students to consider it: “Learn the real estate fundamentals and you too will have the opportunity to be part of exciting projects. As you advance in your careers, think about how you can impact our city and leave your mark on Miami’s real estate,” she said.

The FIU real estate program “is very practical,” Hollander said. “Graduates often go to work in the community. Jorge Perez started as a city planner. Most people don’t begin as developers, so don’t get discouraged….you have to start somewhere where you can learn and build on your real estate experiences.”

She added a final piece of advice: “As Ben Franklin said, investment in education pays the best dividends. Stay in touch with your educators, who support you.”

View all posts by Eileen Spiegler →