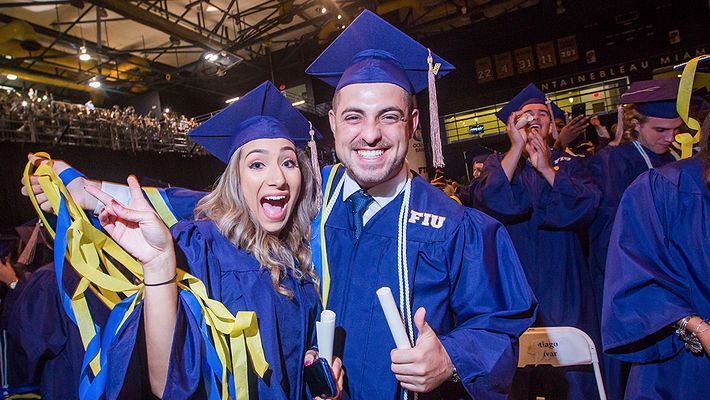 They entered the arena as students. Nearly two hours later, they left as alumni, ready for their next challenges. 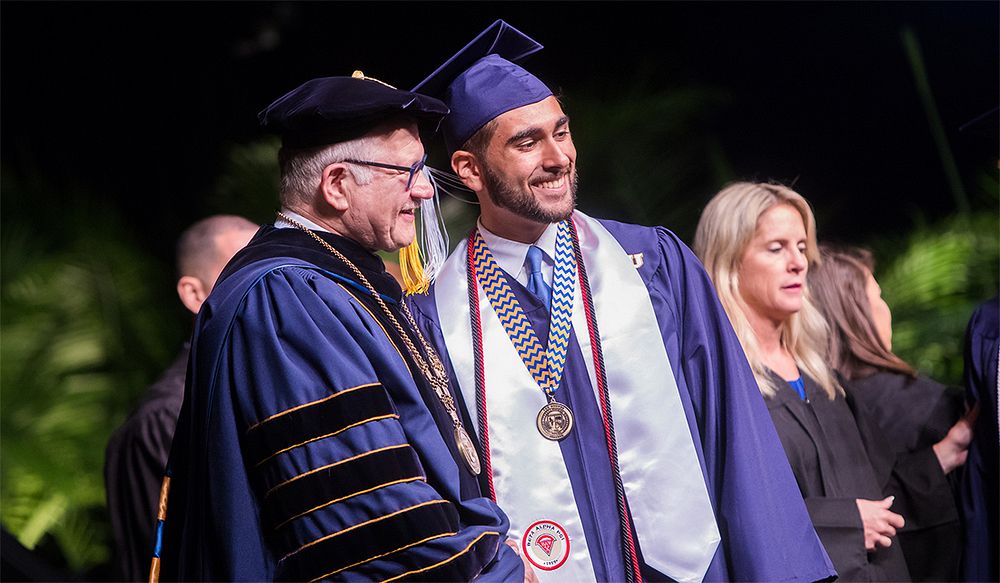 FIU Business Dean Joanne Li and FIU President Mark Rosenberg greeted the graduates as they walked the stage. The ceremonies also recognized five FIU Business Worlds Ahead graduates, accomplished students who met unique challenges in the course of their lives.

At Sunday’s Chapman School ceremony, Tom Cornish (BBA ’85), chief operating officer of BankUnited, served as the commencement speaker. The first person in his family to go to the university and also to graduate from high school, Cornish was inducted in 2013 into the FIU Business Hall of Fame. He is a member and past chairman of the FIU Foundation Board of Directors. In 2017, he received the Torch Award from the FIU Alumni Association, the organization’s highest honor.

“FIU formed the foundation of the success I achieved later in my career,” he said. 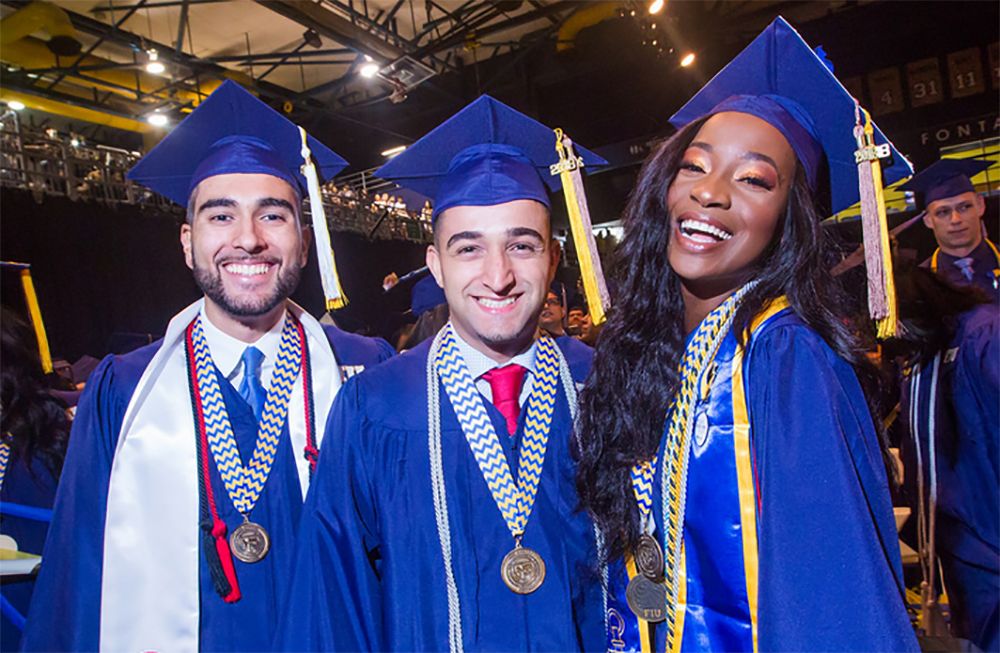 His advice for graduates: “Dream big, have great goals and execute small. Think about how you execute from one job to another in small segments and never underestimate the power of hard work.”

“Success is determined by the depth of your determination,” he said. “When you think about your goals maximize them, make them as large as possible. But when you come across a stumbling block, minimize them and look at the great things you will achieve. Don’t ignore them, make them small.

Staff members add a new degree to their accomplishments.

Ashley Fornaris, graphic designer in the Office of Marketing and Communications, received her MBA.

Kevin Cuellar, program coordinator at the Office of Executive and Professional Education, received his Bachelor of Arts in Communication Arts.

Myung (Martin) Sub Kim, teaching assistant at the School of Accounting, received his Ph.D. in Accounting. He will start work as an assistant professor at Saint Joseph’s University.

Jung Hoon Kim, adjunct lecturer in the Department of Management and International Business, received a Ph.D., and will be moving on to a new job as management lecturer at Central Michigan University.

Luisa Perez, director of the Office of Marketing and Communications, received her Master of Science in Global Strategic Communications.

Celene M. Torres, senior special events manager in the Office of Marketing and Communications, received her Master of Science in Global Strategic Communications.

Cristina Lopez Yakimenko, full stack engineer in the Office of Graduate Enrollment and Retention Management, received a Master of Science in Marketing.

Yue Zhao, doctoral assistant at the Department of Management and International Business, received a Ph.D., and will become an assistant professor at the University of Arkansas, Little Rock.