March U.S. non-farm payrolls rose by 216,000 compared to a 194,000 gain in February, according to the U.S. Labor Department. This comes after projections from economists of a 190,000 median estimate, according to a Bloomberg News survey. In addition, U.S. manufacturing increased close to the same rate as in February, the strongest reported month since May 2004. The U.S. unemployment rate fell from 8.9% in February to 8.8% in March. Economists estimated a non-change in the March unemployment figure. 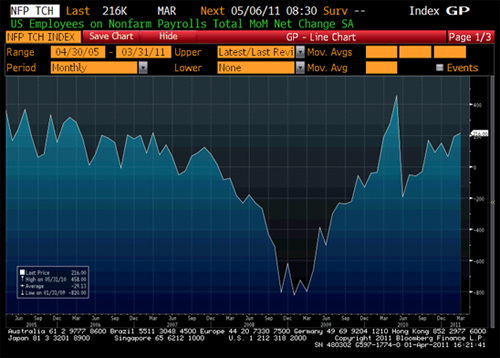 Because the non-farm payroll is considered to be the leading indicator of U.S. employment data, it is often considered to be the best measure of job creation in the U.S. March’s surge in non-farm payrolls can imply an improving employment situation which may reflect higher demand in the future. If this increase in non-farm payrolls boosts inflationary pressures, the FOMC can find justification in future tightening of monetary policy. However William Dudley, president of the Federal Reserve Bank of New York, said “the non-farm payrolls data should not change the Fed’s plans of buying $600 billion of government securities through June of this year.” “I don’t see any reason to pull back from that yet.” Dudley also mentioned that the recovery is “still tenuous” and “far from the mark” of the Fed’s goal of full employment. Many experts believe that although the U.S. economy and U.S. unemployment in particular are showing signs of improvement, a decision to abandon the Fed’s bond purchasing program should not be immediately taken at this time.

As such figures lead experts to believe that employers are increasing their hiring, Labor Department figures showed that earnings stagnated. Average hourly earnings for all workers rose 0.7%, the smallest monthly rise since 2006. This shows that jobless workers returning to the market are settling for lower pay that they had received before the recession. Despite these stagnant figures, Pimco’s Bill Gross said “the gain in employment suggests the Fed’s bond purchases have been effective.” The Fed’s main objective in its bond-purchasing program was to improve the economy and to begin a return to full employment. 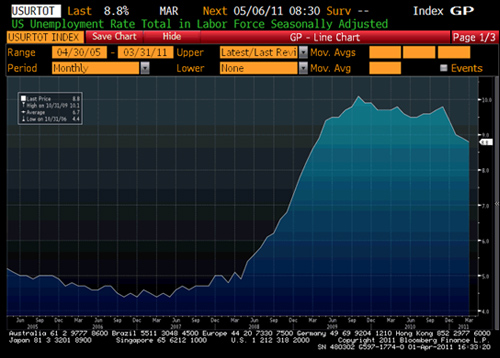