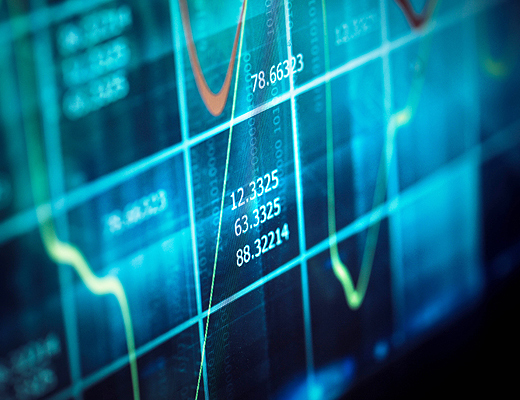 We just cannot avoid it. The Federal Reserve, also known as the FED, dominated once again last week’s headlines. On Wed. Nov. 2, Janet Yellen stepped to the speaker’s podium to deliver her testimony. The Federal Reserve Chairwoman reaffirmed that recent U.S. economic data still paints a picture of weakness. Especially considering the economic struggles in China and the Eurozone remain too fragile to risk lifting interest rates from their near-zero level in the U.S. For that reason, better economics outlooks are needed for a possible rate increase in December.

Let’s take a closer look at the data that the FED is impatiently waiting to improve:

The highly anticipated job report released on Friday, Nov. 6, has given optimistic evidence about the health of the U.S. economy. The job report shows that 271,000 jobs were created in October compared to a disappointing 142,000 jobs in September. This positive outcome may help to lift wages which could further encourage the FED to raise interest rates. But keep in mind that the job report is only a snapshot of the economy. Let’s look at additional data…

BULLSEYE! The jobless rate decreased from 5.1 percent in September to 5.0 percent in October, marking the lowest level since April 2008. This is the magical number that the FED has waited for as this is considered “full-employment” in the U.S. We can see that the labor force expanded and employers created more positions.

Another unemployment measure is when part-time workers who may not be able to find full-time jobs, are also considered to be unemployed. However, even this data has decreased from 10 percent in September to 9.8 percent in October. Compared to a year ago, these numbers were at 11.1 percent. Clear evidence of improvement.

The long-awaited increase in worker’s pay might finally be here. The average hourly wage paid to American workers rose 0.4 percent in October and showed the strongest 12-month gain since mid-2009. This data was particularly impressive as the month of September did not indicate any increase in average hourly earnings. In October, the typical worker earned $25.20 an hour. This is 9 cents more from the previous month. From October 2014 to October 2015, hourly wages rose 2.5 percent, the best year-over-year gain since the end of the recession in June 2009.

Is this enough evidence? I guess we still have to wait another four weeks until the Federal Open Market Committee gathers for its last meeting of the year on Dec. 15 and 16.

Across the board, we could see that the energy sector reached a peak on Tuesday, Nov. 3. As a result, stocks got a boost from higher oil prices causing people to think optimistically about the recovery of oil prices. But to everyone’s disappointment, this euphoria did not last long. Chevron shares rose to $98.14 on Tuesday, the highest in months, but plummeted on Friday to $92.39. U.S. WTI Crude Oil prices was as high as $48.36 the same day but also closed off the week with a disappointing $44.71.

What has happened in China over the past week?

It is no secret that China’s economy has had us worried for a while. The latest news disclosed that China’s president, Xi Jinping, expects that the economy will continue to slow down but at the same time, he points out that Beijing could be fine with a growth rate as low as 6.5 percent as this is enough to ensure people’s average income and doubling the size of China’s economy from 2010 to 2020.

To improve the world’s second largest economy, a new plan will be implemented that calls for increasing consumer spending. The plan also suggests to gradually raise the retirement age so that more people stay in the work force for a longer period of time. Here is the problem though. The International Monetary Fund estimates China’s economy to grow at a 6.3 percent page next year. This is clearly a projection that could lead China into more trouble.

To everyone’s surprise, Beijing has also decided on ending its long-held “one-child” policy. To avoid long-term discrepancies in China’s economy, every parent is allowed to have two children. One significant issue that has occurred is the disparity between male and female newborns which shows a 1.2/1.0 ratio respectively. We are left with the question whether this initiative is implemented a little too late.