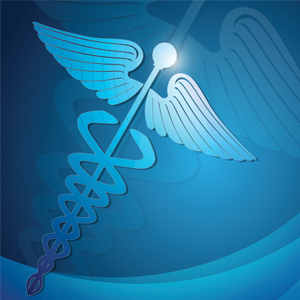 Winners, Losers, and Those in the Middle

Wherever one stands on the various issues of the Affordable Care Act (ACA), all parties agree that it is a complicated and challenging law.

In early July, the federal government announced that employers with at least 50 employees will have until 2015 before they are required to meet insurance coverage and reporting requirements without facing nondeductible penalties under ACA. While the vast majority of employers with 50 or more workers do offer health insurance, the benefits packages vary widely. Although it is presently a wait-and-see game, Families USA believes that the decision to postpone implementation of the employer mandate may cause some employers to delay their decision to start offering coverage or upgrading it to meet the law’s minimum benefits. On a positive note, the delay gives the federal government time to try to simplify the mandate’s complexity regarding new reporting requirements and systems.

The employer mandate delay has winners and losers, and many caught in the middle. The winners are small businesses from various industry sectors. According to the National Business Group on Health, the sectors most impacted by the delay are hospitality, retail, entertainment and agriculture – ones that rely on part-time and seasonal employees who normally work less than 30 hours per week. The losers are hospitals and other healthcare providers who expected increased volume of insured patients. For hospitals, the upside will come from other ACA provisions such as Medicaid expansion, health insurance exchanges, and premium subsidies. However, since only 23 states (Florida not included) and the District of Columbia have elected to expand Medicaid, this substantially reduces the expected number of people to gain coverage next year. And caught in the middle of the employer mandate delay are those employees of small businesses who need to decide whether to purchase health coverage through the states’ insurance exchanges or pay the individual mandate penalty, if they don’t qualify under an exemption.

Prior to the delay announcement, organizations with at least 50 employees were required to provide qualified health insurance for their workforce – and 94% actually do! – or pay a $2,000 penalty for each full-time employee who does not receive coverage. Economic experts estimate that this 6% represents about 10,000 companies with 50 or more employees not offering health benefits. This equates to approximately 1% of the U.S. workforce. Not a high number but when you add large companies who may discontinue coverage for their part-time workers, the affected population could be significant. According to a recent Modern Healthcare article, 24-hospital Sutter Health in California dropped health coverage for its nurses working less than 30 hours per week citing increased costs from ACA’s employer mandate as the reason.

ACA critics predict that employers will: (1) reduce employees’ weekly hours under the current 30 hour threshold defining full-time status to avoid the health insurance coverage requirement or (2) decrease the number of employees to remain financially viable. According to Larry Levitt, a senior vice president at the Kaiser Family Foundation, some employers have already reported downsizing, increasing hires of temporary workers, and cutting hours in an effort to avoid coverage requirements. For example in a July 15th Wall Street Journal article, various restaurant operators such as Subway, Del Taco, and Hardee’s related that they have already begun shifting to more part-time workers to avoid the costs associated with ACA’s employer mandate.

The employer mandate requirement is a double-edged sword. The goal of the Act is to extend coverage to the uninsured. Small businesses with 51 to 200 employees find that providing health insurance coverage is cost-prohibitive to remain competitive in the market. For example, the National Association for Home Care & Hospice relates that home-care providers and some hospice facilities base their business models on keeping labor costs low because of fixed reimbursements received from Medicare and Medicaid. In some states, Medicaid only pays $10 an hour for home-care services.

However, to achieve the ACA goal everyone needs to participate. So the questions remain: “Will the employer mandate delay impact other ACA provisions? Will there be more delays forthcoming?” One critical provision, individual mandates, will most probably move forward. Many policy experts believe that this requirement will not be delayed because it is crucial for the overall health reform law success. This is good news for hospitals and other healthcare providers – to some extent.

For employees affected by the one-year delay, an available option is to obtain health coverage through states’ individual insurance exchanges. Premium subsidies are available if the employee’s annual income falls below 400% of the federal poverty level. Experts believe that the exchanges will give these individuals more choices than they would likely have with their employer. In addition, most employees would probably pay less for coverage through the exchange depending on the amount of subsidies (i.e., income tax credits) they receive. However, there is concern that exchange plans will have relatively high deductibles and cost-sharing provisions. If so, hospitals may experience higher levels of uncompensated care and bad debts because exchange enrollees’ inability to afford the cost-sharing provisions.

The Georgetown University’s Health Policy Institute relates that the employer mandate delay may translate into higher federal spending for these workers’ subsidies that otherwise would have been covered through their employers in 2014. In addition, federal revenues will be less for 2014 because there will be no employer penalties collected for not offering coverage as originally estimated by Congressional Budget Office. This lost revenues is estimated at $10 billion for 2014. To complicate the situation further, at the end of 2014, employees who purchased their coverage through the exchanges will need to make another decision. They will need to decide to either: (1) stay in the individual exchange or (2) switch to employer-sponsored coverage in 2015. If an employee chooses to continue with an individual policy purchased through the exchange, he/she will lose their subsidy, which only applies to workers without employer coverage.

Only time will tell if the employer mandate delay has any significant impact on ACA’s other reform provisions. What we do know is that the delay has had some real winners, some immediate losers and 1% of the U.S. workforce caught in the middle.

Dr. Jerry Haar, Professor of Management and International Business, Florida International University’s College of Business, can be reached at (305) 348-3894 or jerry.haar@fiu.edu.

View all posts by Nancy Borkowski →