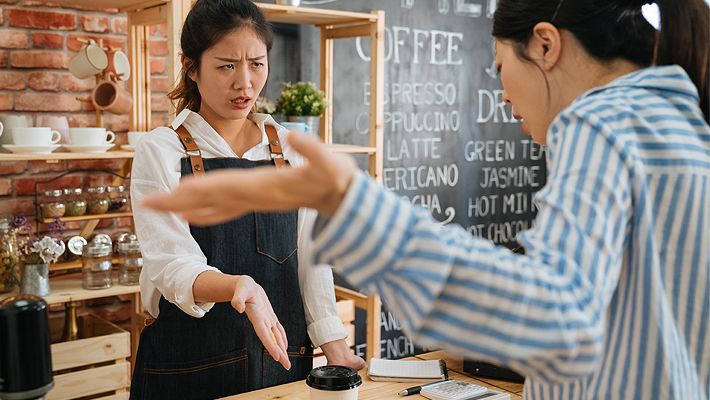 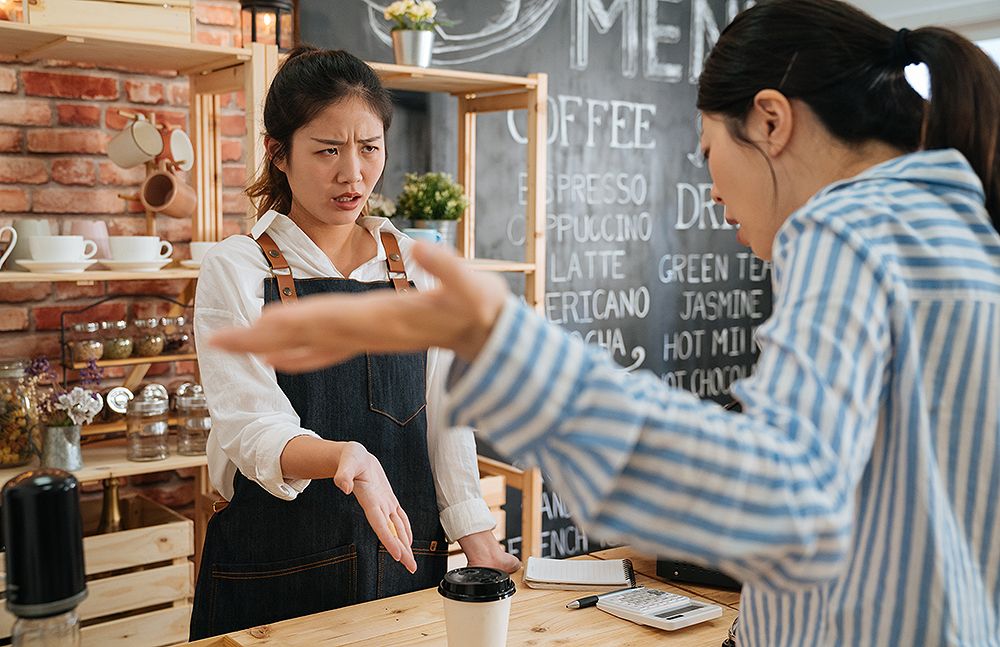 When Jayati Sinha tried to return an item at a major retailer, employees working at the counter maintained their conversation and paid no attention to her.

“I waited for 15 minutes like I wasn’t there,” she recalled.

As she grew increasingly impatient, she pondered: would she ever want to return to the store? And as a professor who researches consumer behavior, she framed her experience as a research project: would it be possible to lure someone who had a bad experience like hers back to that store? And if so, what would it take?

Sinha, an associate professor of marketing and logistics at FIU College of Business, undertook a study to examine how consumers react when they’re explicitly rejected or implicitly ignored by employees. Recently published in the Journal of Consumer Research, the study found that to best compensate unhappy customers, a retailer should align compensation with the type of negative experience that was suffered.

Consumers whose requests were rejected by retailers prefer tangible compensation – gift cards or coupons – while those ignored, like Sinha, favor texts, emails and other visual rewards. The lesson for managers: align their compensation for service failures with consumers’ construal levels, or their perception of the nature and degree of the mishap, to increase customer satisfaction, improve reviews, and boost intended loyalty as well as brand referrals.

“When companies listen to consumer complaints about being rejected or ignored either in person or online, a correctly framed conversation might reduce negative feelings,” said Sinha, who co-authored the study. “How you process information should match with the compensation.”

Researchers conducted a pilot test and found that approximately 58.7 percent of U.S. consumers reported having been rejected – such as when a salesperson explicitly rejects a request – and 84.9 percent were ignored in retail or service settings.

“A top customer complaint about retailers is that frontline service employees are rude or fail to provide sufficient in-store sales attention,” said Sinha.

Sinha and her co-author conducted six studies based on hypothetical scenarios and actual experiences, examining customers’ response to being rejected or ignored in retail store, restaurant and grocery store settings. A group of 204 undergraduate FIU Business students participated in the studies in exchange for course credit.

The first study featured customers asking a store salesperson to enroll them in a premium membership program with exclusive benefits. One group’s request was rejected; another was ignored when asking for information about the program; a third’s request was immediately accepted.

Participants also imagined receiving a message from the store offering compensation – one a QR code and another a textual code. Those in the rejected group favored the visual code while the ignored participants preferred the textual one.

Another study centered on a restaurant experience where a server rejected several requests from customers, and another ignored them completely. When offered a $50 gift card for purchases, participants in the rejected group preferred to buy tangible goods while the ignored participants favored an experiential purchase. By contrast, when offered a gift card to return to the restaurant, both groups favored the actual card.

Simulated reviews of the restaurant via Yelp showed that participants in both groups rated the restaurant higher after receiving compensation – rejected ones with the gift card and those ignored after getting the e-card.

“When they receive compensation, consumers actually feel better and are less likely to make negative word of mouth statements,” Sinha said. “It’s an effective way to win them back.”

As for Sinha’s own episode of being ignored?

“The manager understood and offered me a $100 gift card,” she said. “I told him I didn’t want it; they would not win me back.”

The paper was co-authored by Fang-Chi Lu, assistant professor of marketing at Korea University Business School in Seoul.