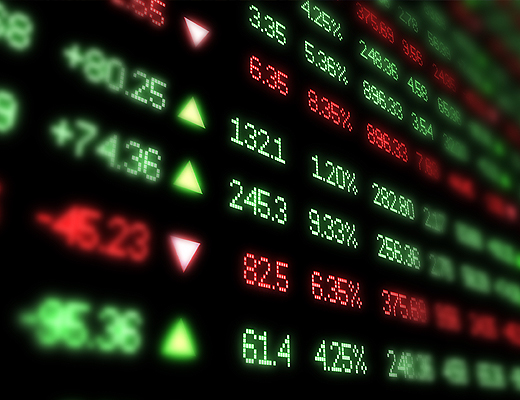 The NASDAQ Biotech Index and major exchange-traded funds that track biotech firms have suffered most in the last month. Shares for the IBB ETF (Biotechnology Index) have fallen 16% at the news from President Obama to reduce prices for Pharmaceuticals and Biotech companies. The pricing strategies came into question from the House Energy & Commerce Committee to Gilead Sciences for pricing their Hepatitis C drug at $84,000.

In Economic News, the European Central Bank may implement a negative deposit rate as its next step in monetary easing. A negative deposit rate appears unlikely to spark many sales of euros, the move may even lead to a rise in borrowing costs in the euro area. Lenders might increase interest rates for their clients to compensate for the cost increase created by a negative deposit facility. In Brazil, economists raised their 2014 inflation forecast for the fifth straight week and cut their growth estimates. President Dilma Rousseff’s administration is struggling to spur growth amid above-target inflation. Brazil’s central bank last week lifted the key rate for the ninth straight time after a drought drove up food prices. Growth in Latin America’s largest economy will slow to 2 percent this year from 2.3 percent in 2013, according to central bank estimates.

The United States and its allies warned North Korea against provocations as researchers reported potential radiation risks due to problems at the regime’s main nuclear complex. he United States, South Korea and Japan, meeting in Washington after a new period of tension, condemned North Korea’s recent ballistic missile tests and called again for an end to the regime’s nuclear weapons program. The three nations “urged the DPRK to refrain from further threatening actions,” said a US statement.

NATO warned Russia on Tuesday against making an “historic mistake” by stoking a flaring secession crisis in eastern Ukraine that Moscow itself conceded could spill into a civil war. Ukraine’s embattled interim leaders have been waging an uphill battle to keep their culturally splintered nation of 46 million together after last month’s ouster of a pro-Kremlin president and subsequent loss of Crimea to Russia. An eerie echo of the Black Sea peninsula’s crisis sounded on Sunday when militants stormed a series of strategic government buildings across a swathe of heavily Russian eastern regions and demanded that Moscow send its troops for support. Ukraine mounted a counter-offensive on Tuesday by vowing to treat the separatists as “terrorists” and making 70 arrests in a nighttime security sweep aimed at proving the Kremlin’s involvement in the secessionist movement.