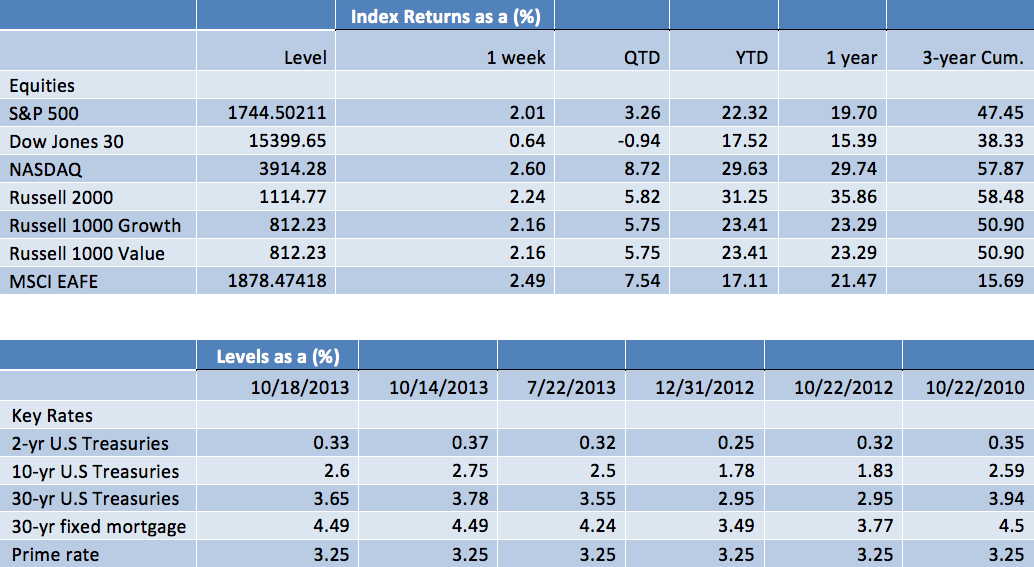 Markets rallied sharply following the deal to reopen the government and extend the debt-ceiling, leading the S&P 500 to set a new all-time high. The 16-day shutdown; however, has delayed the release of several economic indicators, which will be reported in the coming weeks. Nevertheless, current data suggests that the stalemate in Washington has affected consumer confidence surveys, which could signal to a lower consumer spending reading in October. Approximately 21% of S&P companies have reported their earnings so far for the season with 61.5% topping expectations, above from the historical moving average. Although it may be an early indicator, the current earnings readings could signal to yet another strong quarter for large cap equities. Beyond the stalemate in Washington, long-term economic trends such as rising household consumption, a recovering unemployment rate, diminishing fiscal drag, and high corporate profits should continue to drive U.S economic growth

What to look for next Week 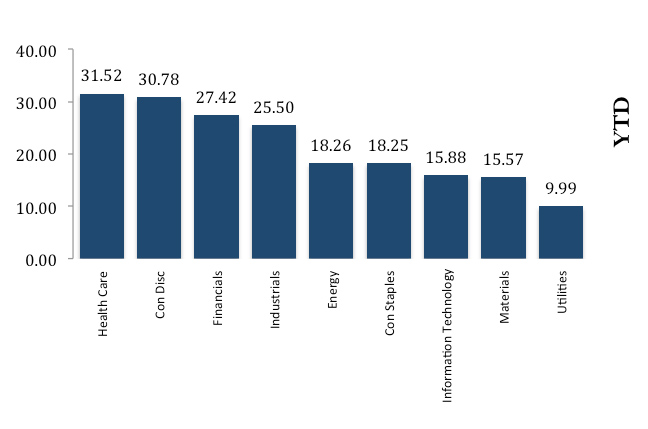 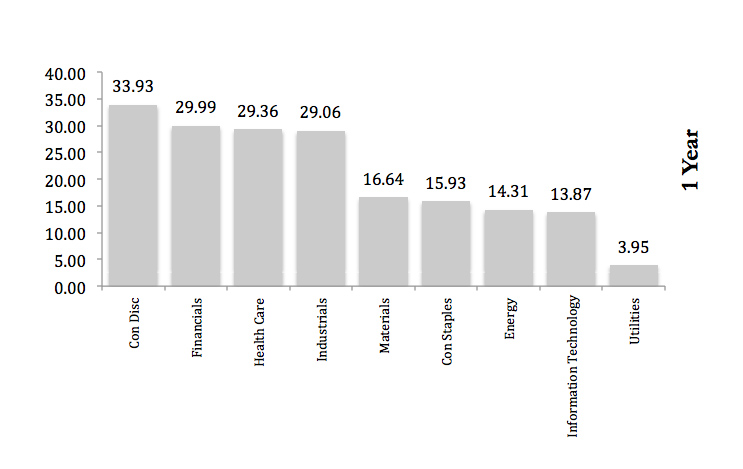 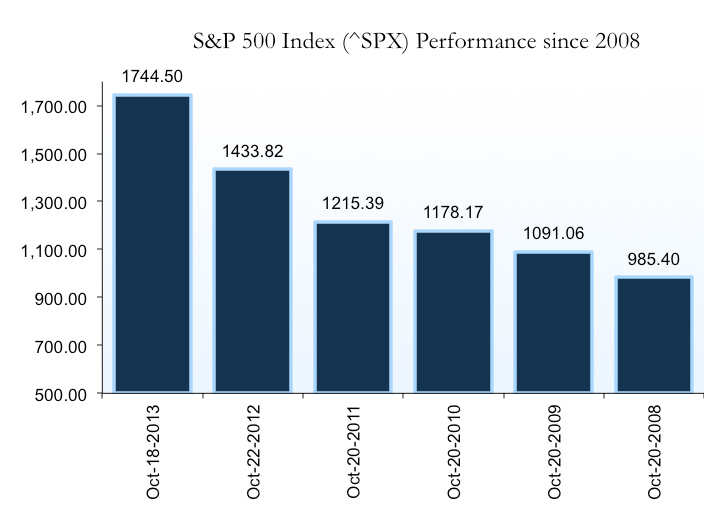